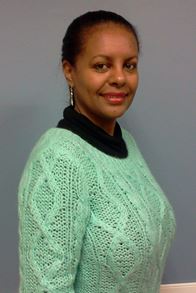 "I No Longer Need Allergy Medication!"

"When I first started at Advanced Holistic Healthcare, I was experiencing allergies, headaches and emotional stress for 10 years of my life. All areas of my life were affected including my family and mental state. Since I started care my energy has increased, my relationships have improved and I am more productive at work. The holistic approach and the friendly atmosphere has impressed me the most about Advanced Holistic. I have learned that with the right help, the natural way, the body heals itself. I no longer need my allergy medication or anti-acid tablets!"

Chiropractic in the News:

On May 7, 2009 a story was run on the ABC affiliate, KSPR, which featured help for allergies through chiropractic. In this story, Jami Lynn Lilly was an allergy sufferer who always had problems during the spring. Her allergies would give her sinus problems and cause her eyes to water. She said, "I got really bad sinus infections, for weeks I'd just look like I was bawling all the time."

Jami finally decided to go to a chiropractor for her problem. After her first visit she reported improvement. She described the experience by saying, "He adjusted me one time for it, for 2-3 days my nose just drained and then I was fine after that."

But why do some people get allergies while others seem totally fine?!?

Jami's chiropractor, Dr. Baca, was also interviewed in the news story and he explained that the nervous system is the key. He stated, "Your nervous system controls every aspect of your body, including your immune system."

The story noted that the nervous system is the master controller of the body. The spine protects the spinal cord thus protecting the messages that are carried over the nervous system. According to the article, Dr. Baca explained that, "If one of the vertebrae on your spine is out of place it could be putting pressure or irritating one of your nerves. Maybe the nerve that controls your sinuses, your head, your throat or your immune system."

Jami concluded by saying that she never knew that chiropractic could help her allergies. She said, "I never knew it; I just came because my neck was bothering me." The news story finished by saying: "Jami is a big believer now. She's allergy free and passing the word on about allergies and chiropractic."

A case study involving a 7-year-old boy suffering chronic colds, allergies, and asthma since the age of 5 months, who was subsequently helped with chiropractic, was documented in the August 17, 2009 issue of the scientific periodical, the Journal of Pediatric, Maternal and Family Health.

In this study the young boy's parents explained that their son had been suffering from his problems since age 5, and was taking the medications Alavert and Albuterol for asthma. The child also required nebulizer treatments for his asthmatic episodes. Steroid injections were also used "regularly". Because of his illnesses, he missed 1-2 days of school per month.

Finally, his parents brought him to a chiropractor. The chiropractic examination revealed multiple postural abnormalities and changes in the boy's ranges of spinal movement. Some areas of the spine felt abnormal to the doctor's touch. These findings are all indicative of spinal subluxations. Subluxations are when bones of the spine are positioned incorrectly and create pressure or irritation on nerves. This causes changes in the function of the nervous system and can result in a variety of health issues depending on the severity of the nerve system interference and the areas of the nervous system involved.

The boy's parents started him with 3 visits per week for the first month of care. Within two weeks of the child's first chiropractic adjustment, the patient's mother realized that her son no longer was dependent on his prescription medication for allergies, so they decided to discontinue them on their own. His parents also reported that his frequency and severity of the asthma attacks had greatly improved, and he no longer required his nebulizer treatments since beginning chiropractic care.

According to the study records, within 3 months of the initiation of chiropractic care, the boy's mother reported that all the young boy's initial complaints were addressed successfully. The child continued chiropractic wellness care, and after a 16 month follow up, it was noted that the boy experienced only 1-2 minor colds or sinus infections and required the use of his nebulizer on only two occasions. Neither the patient nor his mother reported any adverse reactions to the chiropractic care.

Disclaimer: Chiropractic is used to remove interferences (subluxations) so that the power that made the body can heal the body. We make no claims to treat or cure any disease. Please be advised that any information provided prior to an office visit is for general education purposes.

Find out how we can help
you improve your health.

Detect the hidden cause
of your health
concerns

Join us for a FREE Dinner
Talk with Dr. Ray Omid!

Read What Our Patients Have to Say:

"I first came to Advanced Holistic Healthcare in severe pain following a sports injury. Over the next several weeks, while addressing the injury, I learned about the bigger picture, the steps we can take for maximum wellness through a full lifestyle and adjustments. All of this done the natural and most logical way. My thanks to Dr Ray and the whole team at AHH for their dedication to happiness and wellness. My special thanks to Dr. Gus, my brilliant healer. Almost one year in, I look forward to a long relationship with Advance Holistic Healthcare.
Thank You!"